YOU MIGHT THINK the Wizard is some sort of mask and this is my true face. However, it’s the opposite. I’m Oussama Hamza: the person behind the Wizard and this website. Wizard of Laws® started as a legal information service. After partnering with my brother Zakaria, it developed into a corporation that exclusively develops legal software. The project continues to evolve. We hope to launch some demos by the end of the summer of 2020.

You’re welcome to add me as a friend on Facebook, follow me on Twitter or connect with me on LinkedIn. You can also visit my law website where you find my CV and resume.

If you like what we do, you can support us in any of the ways listed on our testimonials page or procure our services.

After completing a BA/BSc in philosophy and biochemistry and a masters in interdisciplinary studies at the University of New Brunswick (UNB) I went on to complete common and civil law degrees in the bilingual and bijural Programme de droit canadien at the University of Ottawa while working on a PhD at UNB.

My main areas of specialty are:

My masters thesis, The Science of Science: Kuhn, Hull, Giere and the Rise of Naturalized Epistemology, examines three theories of the evolution of science (a prototype of cultural evolution) based on social science, cognitive science and evolutionary biology. My PhD concerns the The Law and Theory of Scientific Evidence in Canada, which is the working title of my dissertation. As you can tell, I bring a unique perspective to my legal practice, which focuses on . . .

You can learn a lot about the nature of knowledge and how culture evolves by studying science and its development. For instance, did you know that while Copernicus was an early proponent of heliocentrism in Europe, he believed it for mystical reasons that had nothing to do with the evidence? It’s why all the great astronomers at the time–who were familiar with the theory–rejected it.

You may also be interested to learn that the earth-centred model was more popular among astronomers, not just theologians. This wasn’t for religious reasons, but because the standard (Ptolemaic) model was mathematically simpler and more accurate. The Ptolemaic model, pictured below, consists entirely of circles called epicycles that are used to predict the motions of heavenly bodies. Talk about a spherical cow! But hey, it worked as well as or better than the other models. Plus it was simpler, classical and more aesthetic.

Think about that next time you insist the simplest, most widely accepted, classical, accurate or obvious explanation is the correct one. 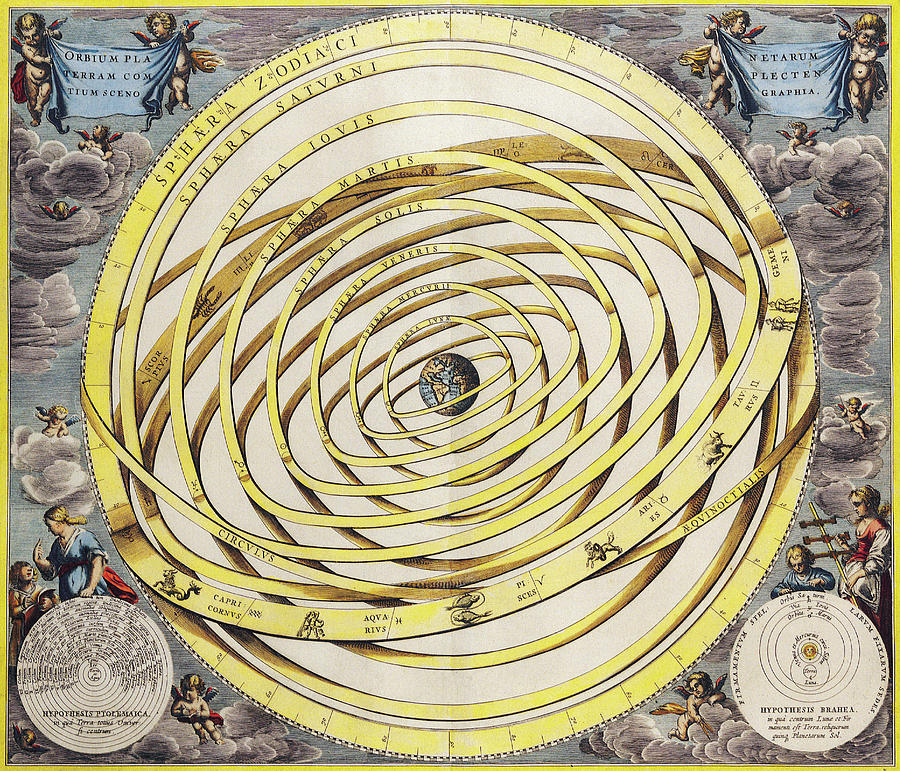 After completing studies and articles in law, I found myself with lots of ideas I want to realize. So I started to work on a bunch of projects while practicing law, as I continue to do.