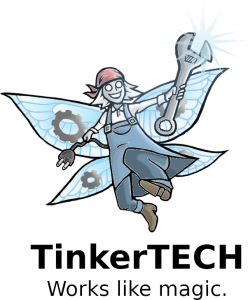 What Is Scientific Case Consulting?

Examples include scientific trial consulting and scientific jury selection (SJS). For instance, the latter uses the scientific method and research to select the most favourable jurors. Harold Fahringer argues that 85 percent of cases litigated are won or lost in the jury selection phase. See “Mirror, Mirror on the Wall …: Body Language, Intuition, and the Art of Jury Selection” (1993–1994), 17 Am. J. Trial Advoc. at 197.

Qualifications of a Case Consultant

A case consultant should have:

Why Hire a Case Consultant?

As a case consultant, we can:

Using Wigmore Charts to Assess the Scientific Merit of a Case

The Wigmore chart is a device proposed by one of the leading scholars of evidence in the common law, John Henry Wigmore (d. 1943). Unfortunately, this scientific device with a lot of potential has almost never seen a day in court!

The Wigmore chart basically schematizes a legal argument a lot like a Toulmin model of argument, as the Table below shows. 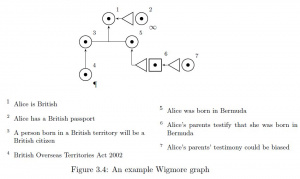 The Wigmore chart can be combined with Bayes’ theorem to yield a systematic method, which consists of asking what is the probability group A is wrong given that group B contradicts their testimony?

For instance, take a set of 10 claims by 10 persons. Presuming one of them is correct, the prior probability any claim is correct is 1/10.

J Wigmore, The Science of Proof: As Given by Logic, Psychology and General Experience and Illustrated in Judicial Trials, 3rd ed. (Boston: Little, Brown, 1937).

The Need to Predict Decisions

Most clients will be not satisfied with only an assessment of whether their case is strong or weak from a scientific point of view. Most clients want to know if they’ll win the case.

What Makes It Difficult

The judge or jury decides who wins in court. Unfortunately, a lot of judges and juries are hard to predict because they don’t follow a known or systematic thought process.

Three methods of predicting judges’ decisions are as follows:

Statistical mechanics seeks a pattern in past judgments. Where there is a pattern, this method will be effective.

For instance, in 2012 physicists Roger Guimera and Marta Sales-Pardo Guimera came up with two successful models to predict the votes of individual US Supreme Court judges based on their voting record relative to other judges’ votes, as the Table below shows:

Another method is to simulate the decision process with a computer algorithm. This method will be effective where an algorithm can approximate judgment.

For instance, in 2017 a competition was held between CaseCruncher Alpha, a program that predicts legal decisions, and 100 lawyers from London’s top law firms. The lawyers and CaseCruncher were given facts of hundreds of payment protection insurance (PPI) mis-selling cases and asked to predict if the Financial Ombudsman would allow a claim.

775 predictions were submitted and CaseCruncher won with an accuracy rate of 86.6%, compared to 66.3% for the lawyers.

Judges fall into one of four categories:

Limitations of these Methods

The two major limitations of these methods, besides those already mentioned, are (1) they are of limited application to arbitrary decisions and (2) they only apply to judges. This is because unlike judges, juries

In other words, the jury box works like a black box. Woe to the accused who has not a Henry Fonda on its jury!

Henry Fonda gets the jury to think outside the ‘box’

However, most trials are judge-only, and most judges insist their judgments aren’t arbitrary, which can offset some of these limitations.

The standard method of trial is by a judge only, which is called a bench trial. However, a trial by jury (aka a jury trial) may be requested in the following situations:

A bench or jury trial can be more or less advantageous to either party, as the Table below shows.

Advantages and disadvantages of bench and jury trials

Prior probability of acquittal based on method of trial

The Table above shows that a priori and de jure (i.e., in theory and according to law) a jury trial is more favourable to the defence. The difficult part is to establish the conditional (or posterior) probability a judge or juror will acquit on any given evidence (i.e., the empirical or de facto chance of acquittal).

We have already discussed some empirical methods for predicting judges’ decisions. Predicting the decision of the jury devolves to the question what are the odds the plaintiff’s argument will convince at least 5 out of 6 jurors in a civil trial or 12 out of 12 jurors in a criminal trial. This depends on information available about

Without specific information about the sample or individuals, general information about the population (i.e., statistics) may be relied upon. The relevant statistics must correlate personal attributes with dispositions. Correlation should not be confused with causation. For instance, while most Chinese people are atheists, this is not because they are Chinese. Conversely, most Black people will probably sympathize with a Black victim of racial discrimination because they are Black.

Demographic and psychological studies can establish some significant statistics and correlations. However, the rule is “you can’t get more than you put in,” which means that if little information is available about the jury, then little can be predicted about it. Accuracy of prediction depends on the information available, and statistics and correlations are a weaker substitute for facts and causes.

The lawyers involved in the trial receive a list of potential jurors complete with the information they provided to the Sheriff in the Juror Questionnaire that was sent to them (read this article for more details). The Table below shows each question the Questionnaire asks and the critical information it can disclose about the juror and its interests in addition to their name and appearance in court.

As the previous discussion shows, we use a scientific approach to study and predict judges and jurors based on their behaviour and methods. This includes developing and testing a theory of the judge or juror.

The following Table lists some of our predictions of ongoing causes célèbres.

Our predictions of ongoing causes célèbres

Our surveys are anonymous and don’t ask for any personal information. We use them to compare with other research.