Mi’kmaq (pron. mick-maw) comes from the word nikmak, which means ‘my friends.’ Mi’kmaq people call themselves L’nu’k, which means ‘the people.’ The Miꞌkmaq language is an Eastern Algonquian language spoken by nearly 11,000 Miꞌkmaq in Canada and the United States out of a total ethnic Miꞌkmaq population of roughly 20,000.

Ashlee: “How do you say are you happy?” Stephen: “It’s like saying is your heart sitting comfortably?”

The Mi’kmaq are a part of the Wabanaki Confederacy. (Wabanaki means People of the Dawn.) The tribes include the Mi’kmaq, Maliseet, Passamaquoddy, Penobscot, Abenaki, Sokoki, Pennacook, Algonkin, Montagnais/Naskapi and the Cree people who live on the Northeastern seaboard of Turtle Island now known as North America. 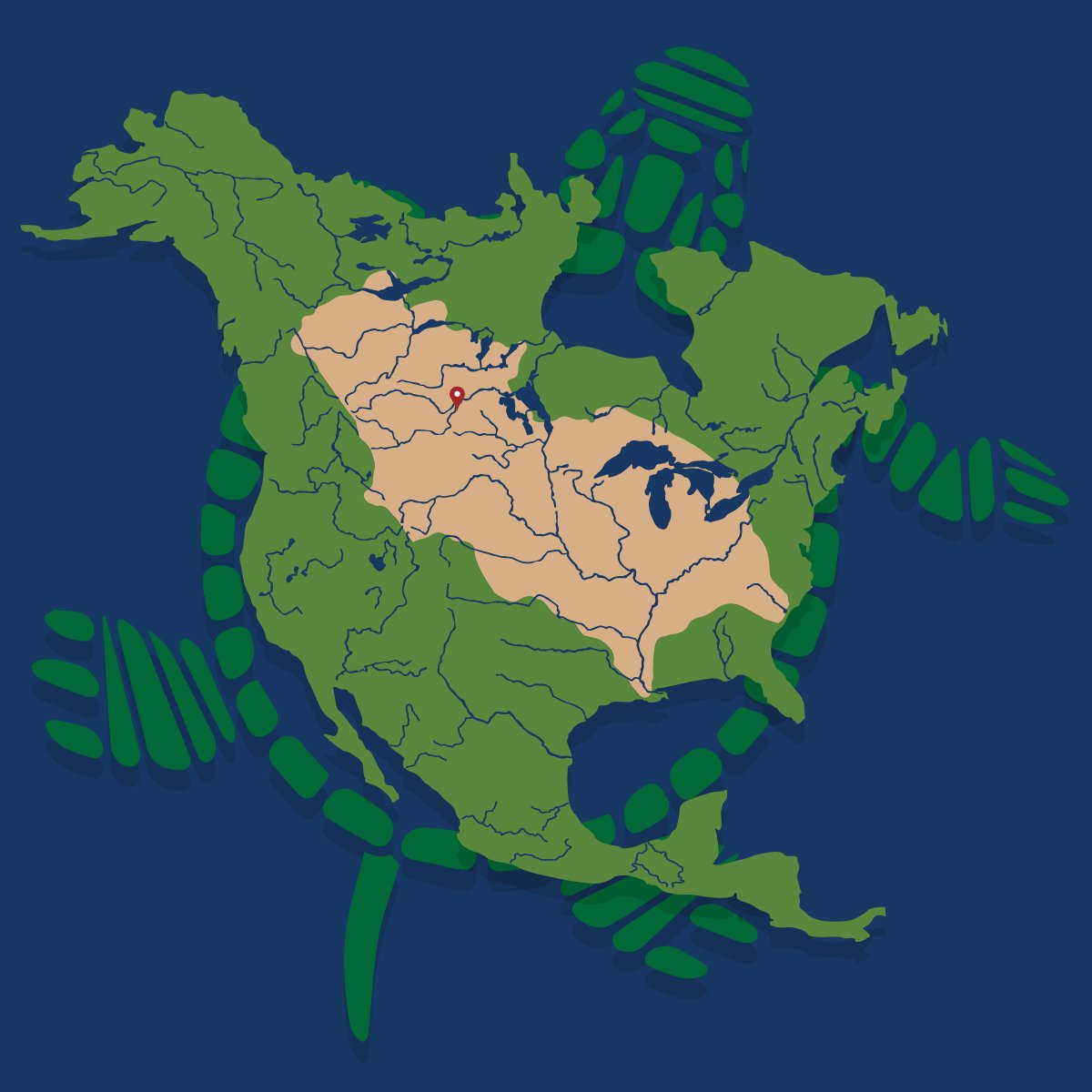 5. Epekwitk Add Piktuk (laying in the water and the explosive area)

8. Ktaqmkuk (far shore over the waves)

A band, directed by a chief, the Sakamow, is responsible for each Sakamowit. The band is divided into families. The Saya is the head of the family. There are also spiritual leaders called Kaptins. Sayas and Kaptins are responsible to preserve order in their district by drawing lessons from nature. Leadership is determined from bottom to top, rather than top to bottom. It is delegated by the family unit rather than a superior authority like a monarch.

Families hold councils called Wikamou, which is the basic unit of government and administration of justice. Wikamou are held every night, except during harvest. Everyone can speak. Decisions are based on consensus. The districts periodically gather to form a grand council, Santé Mawíomi. Basically, council manage shared power and families manage shared responsibilities for their members’ behaviour.

Nikmanen law refers to laws and agreements that govern Mi’kmaqs’ interactions with each other, surrounding nations and the land and its resources. Nikmanen law is an intertribal code of honour. It is based on consensus and doesn’t generally view aggression as justifiable, even when necessary, but rather seeks to establish peace and harmony. Thus, for instance, the custom after military raids was to let the losing party share in the feast of victory and to give presents to encourage good feelings.

There is no system of positive law. Indeed “to codify this subtle order would be to change it.” Freezing understandings into rules would deprive the Mi’kmaq worldview of its flexibility, which enables it to create balance. ‘Rules’ are local solutions based on common experiences and understandings.

Customs cover most aspects of Mi’kmaq life, including individual freedoms, family responsibility, national organization, international relations, etc. For instance, these customs include criminal laws that distinguish between murder, manslaughter and accidental death. No one person creates customs or rituals.

Leaders don’t apply coercive laws to enforce responsible behaviour. Responsible behaviour is rewarded with honour and respect. The Mawiomi don’t administer punishment. Conflicts are adjudicated with and between families. The offended family could retaliate or accept suitable gifts or offerings.

A person shares liability with their family. This makes the family responsible for its members and encourages them to care about each other rather than disassociate themselves from the delinquent.

The Mi’kmaq believe every living thing has a spark of life or spirit called Mntu, which has three parts:

Mntu and guardian spirits are of the same nature but different forces. No person commands all the forces of nature, but people are part of these forces. These forces inspire awe and are the frequent subject of pleas for assistance. The Great Spirit or Creator is associated with conscience.

All things must be respected, since they all possess a spark of life. Just as a human being has intelligence, so does a plant, a river or an animal. For instance, when the Mi’kmaq gather roots or leaves for medicines, they make a small offering of tobacco to the plant at its base, since without the co-operation of the Mntu, the plant will not work cures.

Everyone must acquire the knowledge and wisdom of the elders to survive in a changing environment. They must also discover their unique spark or gift to make their rightful contribution to society.

Histories and laws, including contracts, are maintained by continuing performance, through stories, artifacts and ceremonies. They are not kept in archives, where they are forgotten, but constitute a form of living memory. The information is embedded in contemporary stories and artifacts and continually reinforced through storytelling and ceremonies.

One such artifact is the Wampum belt (lnapskuk), whose colours and patterns have meanings. Wampum belts also serve as memory aides and validate the authority of persons carrying messages between communities.

Stories often feature visions and dreams, which help to communicate lessons from the past and teach successive generations how to live in the present, how to communicate with other creatures, how to hunt and fish, how to gather medicines and to respect their environment.

Murdena Marshall explains that Mi’kmaq thinking isn’t Cartesian. It isn’t stepwise or linear. It doesn’t go straight from A to B, but rather lets the mind wander, as it naturally tends to do. The strictures of numbers and categories and form and format come across as stressful to the Mi’kmaq. A story or argument needn’t ‘start from the beginning and stop at the end’ in order to make sense. However, it must ‘come around full cycle.’ This is comparable to the change of seasons and the movement of herds, which eventually reach their destination and return to their point of origin. For instance, a disquisition may start (rather than end) with a firm conclusion or in media res and wander through various tangents and subplots and more or less tentative reasonings or evidences until a whole picture finally emerges, rather than proceed in a fixed order from the evidence to the conclusion in a linear fashion.

There are no accidents or random events in nature. Everything is predetermined. Everything exists in a state of flux. Some changes are permanent while others are not, but all things change. Two types of change are things coming together and things coming apart.

The Mi’kmaq vision and approach to things, including healing, is holistic rather than atomistic. For instance, healing focuses on the whole person, rather than just treatment of an isolated illness. It focuses on the spirit as well as the body.

In the Mi’kmaq worldview, everything in the universe is part of a single whole, shares a common origin and is connected in some way to everything else. For instance, Mi’kmaq elder Murdena Marshall says she was delighted when biochemists from Oxford confirmed that DNA is common to all living things, which share a common origin. This implies a common origin of languages, people and ideas, and that all living things are interrelated. Mi’kmaq believe we only understand something when we understand how it is connected to everything else. Language especially helps us understand our connection to creation.

The Medicine Wheel represents nature’s operation in cycles. It is divided into four quadrants in four sacred colours (white, black, red and yellow), which represent the four elements (earth, fire, air and water), the four seasons (spring, summer, winter and fall), the four kingdoms (human, animal, spirit and plant), the four aspects of human beings (physical, emotional, mental and spiritual) and the four cardinal virtues (commitment, accountability, harmony and ambition). The dynamic balance of these aspects is necessary to create harmony.

The number seven has a lot of significance in Mi’kmaq thought. For instance, there are seven districts, seven directions, seven generations and seven stages of life, which changes significantly every seven years.