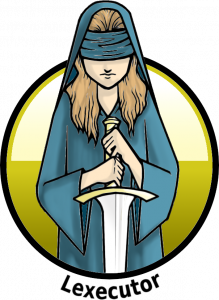 Lexecutor™ lets a public representative (e.g., a prosecutor) enlist a sample of the relevant population and ask them a yes/no question they can vote on in confidence.

Innocent misrepresentations by public officials might have been excusable when they acted in good faith and it was not possible for them to know their constituents’ views on every issue, but that is no longer the case.

Lexecutor™ lets a public representative consult with a representative sample of their constituents when making important decisions on their behalf. This increases public responsibility and decreases liability.

One job of prosecutors in Canada is to screen charges laid by police, meaning they choose which cases to prosecute. The Crown Prosecution Manual says a Crown Attorney should only prosecute if there is a reasonable prospect of conviction and it is in the public interest. However, these criteria both depend on the public, since a reasonable prospect of conviction depends on the jury  (which is supposed to represent the public) and the public interest also depends on the public. Yet prosecutors can only guess at what constitutes the public interest, since they don’t rely on any statistics and very little information is available to them about the jury during jury selection.

In America, these issues are traditionally resolved by having the public vote for the prosecutor and giving lawyers broad latitude to question jurors at jury selection. Even though these methods do more to ensure that prosecutions are likely to succeed and that prosecutorial decisions represent the public interest, they are also quite primitive and limited.

The average failed prosecution can easily cost hundreds of thousands dollars and put people’s properties and lives in danger. By consulting the public with Lexecutor™, a prosecutor can ensure better chances of success and protect against claims of malicious prosecution.